A couple of months ago, I saw Sephora’s sweepstakes to win The System. The System is a four step process that is supposed to make any color last up to eight days. After entering my name and email, I have to admit, I kinda forgot about it. Then, I received an email that said- Formula X- Formula X System Sweepstakes Winner. And I was like WHAT? Then, I was like, Oh, ok they are just announcing the winners. But when I opened the email, it said Congratulations. And I was like WHAT WHAT WHAT! What is happening? What did I win?

Anyway, after entering my special code, it arrived within about two weeks. And let me tell you, I have NEVER been so excited about getting the mail!

As I was opening it, I was a bit weary about trying it out right away. It was around 6pm,  I hadn’t started my homework just yet, and it’s four steps! I was like, This is gonna take forever to dry! But, of course, I was able, with much convincing, to find the time to try it anyway. 😉

The first step is Cleanse- It is supposed to clean and remove any unwanted oils or left over polish. It pretty much dries instantly.

The second step is Prime- Sephora’s version of a base coat. It is described as an adhesive to make the color stick to the nail. I did not experience any “stickiness”. This dried in 1-3 minutes.

The third step is Color- I was a little disappointed that I couldn’t pick the color, but I have nothing against red. I wanted the dark burgundy, but it’s fine. The color glides on smoothly and was opaque. It covered the nail completely with three swipes. This also dried in 1-3 minutes.

The fourth step is Shine: The name suits it! So SHINY. It goes on just like the color step and dries just as quickly!

Here is the finished look!

I was worried about dry time when I really didn’t need to. It took about 5-10 minutes total which is AWESOME. It feels so smooth, almost like a gel manicure. It lasted longer than usual, but not eight days ( more like six). Keep in mind that I only did one coat of each step and results will probably be better if you apply two coats.The only thing I am unsure about is whether it works with any brand of nail polish. On the box it says any color, but Sephora has an entire line of colors and the box may only be referring to their colors. All in all, I can’t wait to try out a different color and a different brand!

I realize that the internet has been consistently pumping out ’90’s references and you are probably tired of them. But, let me make one more reference to the good ‘ole days.The ’90’s was a very inspirational era in terms of fashion and focused most on the individual style. Celebrities, as always, are usually the first to set these “Individualistic” trends. Here are 10 of my personal favorites:

2. Kelly from Saved by the Bell:

3. Ashley Banks from The Fresh Prince Of Bel-Air:

7. Moesha, Kim and Niecy  from Moesha:

8. Angela and Rayanne from My So-Called Life:

9.  Clarissa from Clarissa Explains It All:

10. Pretty much every character in Clueless:

I first realized I was a shopaholic when I noticed that my entire email (of 14,000 emails) consisted of coupons and sale alerts from stores. I know…I have a problem. Here are 10 ways to tell if you’re a shopaholic too:

1. Whenever you see a sale you just HAVE to go in and see what they have. Even if you may not have the…uh…ahem…funds to actually purchase anything.

2. You REFUSE to go to the mall when you don’t have any money to avoid heartache.

3. Your heart hurts when you know you can’t go to a sale.

4. Your trash consists of receipts, tags and shopping bags from various stores.

5. You will buy something even though you don’t need it, solely for the price.

6. Your email is mostly sales instead of conversations with actual people.

7. You may contemplate the importance of rent while staring at a pair of shoes on sale.

8. You receive text message sale alerts from your favorite stores.

9. Your friends often have to stop you from purchasing something similar to something you already have.

10. After going shopping, you feel you need to tell everyone about how much money you saved and are confused as to why they aren’t as excited as you.

If the picture didn’t already clue you in, your probably thinking, You went to Taco Bell?

Sorry to disappoint as Taco Bell is quite magical, it is not exactly the place I’m talking about.

This past February, I traveled with my high school choir to Disney World in Florida for a competition. And let’s just say, after 15 hours on a bus, I was not the happiest camper.

We got to Epcot and it was like all the animals were released from a zoo. We all were so ready to get off the bus, the anxiety was palpable.

The one thing I didn’t expect was for it to be the same temperature as when I left home….Its supposed to be hotter there right? Anyway, we spent the day at Epcot walking around to each country.  We saw Mary Poppins but the line was a mile long to take a picture with her, so we took pictures of her.

Throughout the park, there were these hedges that were painted and cut out to look like famous cartoon characters.

After a fun day at the park and a not so fun morning on the bus, we had to sing for our adjudication that night. ( We killed it, of course)

The next day was more exciting! We went on the haunted mansion ride and ate cheeseburgers and had a glorious ole time. We watched the end of a parade and I saw Frozone and Mr.Incredible and we went crazy!

While we were in line for the mine train ride, there was a sign that explained the height requirements. So I bent down and turned to the little girl in front of us and said “I’m too short, I can’t ride,” And, I kid you not, she rolled her eyes and turned around.  Seriously? Some kids can’t take a joke…

We also saw Rapunzel’s Castle and when we walked through the kingdom, I noticed that there were markings on the ground. They turned out to be hoof prints from the horse in the movie! Disney World is nothing if not thorough with decorations.

The next day there was the most exciting, for me at least. We actually had a plan. We ate at Beast’s Castle which was AMAZING. The detail of the castle itself was immaculate and the food was better! That’s right BETTER. Here’s what I got(Keep in mind I had already started eating and the lighting wasn’t too good.Sorry):

Next we headed over to Animal Kingdom and I rode my first roller coaster! I was pretty sure I was not about to get on aa rollercoaster any time soon. But, i figured if I had to ride one, it may as well be in Disney World. I agreed that I would wait in line with my friends and if I decided to get on, we would already be there. So, one minute I’m standing in line and next I’m sitting in the FRONT SEAT and we’re moving!!!!

Next we headed back over to magic kingdom to eat dinner and watch the electrical parade. We had hot dogs and cheesy fries (Super healthy, I know) and gathered on the curb ready for a show!

The last day was the saddest for various reasons, of course. Most of the day was spent inside looking for souvenirs while it thunder stormed outside. We watched the Beauty and the Beast play and rode some really cool inside rides. I found the cutest Minnie Mouse Mug and Purple Mickey Mouse ears!!:

After that we went to the Festival Disney Award show which was also a lot of fun! All of our music groups did very well which was pretty cool. Then, we all piled back on the bus and made the dreadful 15 hour trip to VA. In Florida it was 70 degrees, and our welcome home present was a snowstorm. Ahh…home at last…you were not missed, cold weather. Not at all.  Needless to say it was one of my favorite senior memories, besides Graduation of course.

Dry your beach hair and pack up the shorts…It’s about to be that time for school again.  I know, I know! It’s starting, ugh…. It’s not so bad when you think about how many people ranging from ages 5-25 have to go through this common heartache. It’s important to distract ourselves from frustrating teachers, boring classes, and stressful peers with…Style. Yes, you favorite outfit combined with your favorite pencil will get you through the school year. Here are some of my fall favorites:

*Renew your old makeup: It’s time to get the basics again Mascara, eyeliner, primer etc. I recommend E.L.F. or Bh Cosmetics because they both give you good products for very cheap!*

If you or someone you know is currently in the twelfth grade, you may be suffering from Senioritis. It is an extremely serious disease that only occurs when a student has reached a point in their high school career where they have lost all ability to care about anything.Ever. Don’t worry, you can help; just $1 million a month can help a teenager in need. It will provide an unhealthy snack and a blanket and pillow bundle as well as unlimited wifi no matter where they are. Upon signing up, you will receive a thank you note like the one above:

As well as a picture of the teen you are helping.

Parents, there is a way you can help protect your children from this disease. If you notice the following symptoms, please call the hotline 1-800-MYKIDISLAZY
Your child is:

You can prevent your child from this unforgiving disease by taking these steps:

•  Waiting on them hand and foot
•  Make sure they never have to leave their seats
•  Don’t badger them about homework, college applications, or SAT’s.EVER. I MEAN EVER. This could be vital to your child’s health 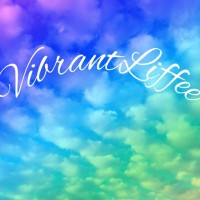 The Art and Craft of Blogging

His Grace is Life

The latest news on WordPress.com and the WordPress community.